Penguin 2.0 emerges on the horizon

22 May Penguin 2.0 emerges on the horizon

Building trenches around your office periphery won’t help. Planting land mines won’t. No reinforcement can aid you, not Superheroes, not even God himself. And implementing any radical strategies will be equally futile.

The petite, black & white creature is once again on the prowl, waiting at the start line for the gun to go off. It would seep in through the most impregnable labyrinth you may create. 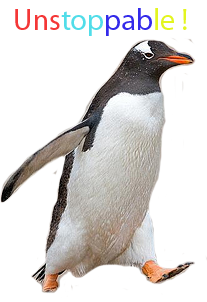 It’s racing down the horizon waiting to take on those who’ve been unwittingly spamming, smartly spamming, or indulging in any black hat ways.

Google, the virtual ruler of the web has turned two harmless animals (Penguin and Panda) into its feared ambassadors, who dictate terms for the survival of your site. The last time Penguin visited us (5th October, 2012 ), not much turmoil occurred.

News of the latest Penguin Refresh

Everyone wants their site to do well, have re-visitors, get their site bookmarked, etc.

Matt Cutts has given out certain pointers for the latest Penguin refresh, about how it’s going to reposition, re-align or better still streamline the search result flow by getting rid of the spam that shrouds the right results.

Penguin 4, being touted as Penguin 2.0, is anticipated to be much firmer in nature than its previous counterparts.

Cutts indicates, Google would be taking stringent measures against the way advertorials appear. So, if you approach a site having a higher page rank than yours for a paid ad., then your site benefits from that site’s authority. However, in essence your site hasn’t done anything. It’s just shelled out for it.

So, ideally an advertorial shouldn’t follow the page rank of that very site and certainly not pose as an organic result. Put differently, an Ad., should act as paid and must come across to the users like one.

‘Link Spammers’ to be set right

Cutts said Google would be going ‘upstream’ (get more stern) to discourage spammers by trying to reduce the significance of the links they’ve built through spammy sources. It has done it in the past and apparently would continue doing so.

It even wishes to put in place a more effective apparatus for link analysis.

For the sake of ‘Hacked Sites’

Google feels the dilemma of the hacked sites and wants them to come out of it, by putting in place a more sophisticated system of ascertaining it.

Besides, differentiating between malware and hacked sites and conveying about them to the webmasters would also become simplified.

Apart from that, Google wishes to build a single window system where you may visit if you find out about your site being hacked, so getting information becomes easy.

This way curing the hacked sites will get much simplified.

If your site was hit by the ‘Panda’ update, not Penguin or Unnatural links Penalty (assuming you know the distinction between Penguin, Panda and Unnatural links penalty) and is sitting on the boundary line, lowering down the impact of Panda on it would be considered .

Google may attempt it by re-examining its quality metrics, so those sites don’t get affected by algorithmic changes in Panda.

Dealing with SERP’s from single domains

Another thing Google wishes to address is popping up of more results from a single domain. There are times when too many results from one domain show up on a single page.

To handle such situations, Google wishes to introduce Host Clustering– which means only relevant results would appear, wherein up to 4 results and no more (only if they are highly relevant) would be permissible on a single page. Even if there are more significant results from the same domain, they would show up in the successive pages.

As a summation, a complete cluster of results will be displayed, something that’s not centered around a single domain.

Cutts also added that Google would try to stick to this norm as much as possible. That said, if indeed there are more significant links from a single domain which Google ought to display, they would be displayed.

SEO is undergoing a sea change. What remains to be seen is how long does it last. The last wave saw online marketers pay more heed to Social Signals, hence the coining of the term ‘Social SEO‘.

A visible change in the strategy happened where gaining more popularity on social network came into the limelight. Even Google accepted those signs and acknowledged them as a symbol of increasing authority (due to sharable, good quality content). And no matter what, SEOs did gain from it.

This Penguin update may also usher in some significant changes. Google’s already started giving us the feelers for it.

So, here’s waiting for the virtual snow creature- Penguin!

You’re welcome to add a point to the discussion, drop us a comment, or simply say ‘Hi’. At Ivory Shore, we not only keep abreast of the developments at Google but incorporate them into the online marketing strategies for our client sites.

Is Social SEO the next big shift in SEO?
Share
Print page
Warming up to the newest trends in Web design