Embrace the New Rules for Word of Mouse!!

01 Feb Embrace the New Rules for Word of Mouse!! 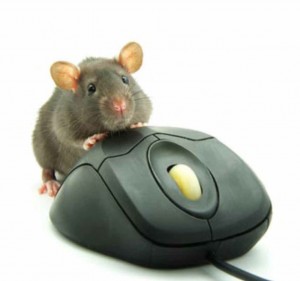 Just came across this great write up by David Meerman Scott that talks about the new rules of Viral Marketing and how the word of mouth (which he quite amusingly calls ‘word of mouse’ 🙂 ) is a great tool to spread your ideas for free! Can it get any better than that. All these years, the old-rules and traditional means of marketing were followed but now the game is changing and new rules are being written.

A great example in the short book was how Cindy Gordon, VP of New Media and Marketing Partnerships, Universal Orlando Resort used social media to create buzz and spread word of mouse about The Wizarding World of Harry Potter theme park. She just told 7 people about it and it spread to 350 million people!! Undoubtedly, Universal has deep pockets and they could choose to go for TV commercials such as superbowl ads, or hire a media agency to harness other mediums but she chose to go the unconventional way.

She knew there are millions of Harry Porter fans globally, after all the book has sold 325 million copies. Seven avid fans of top Harry Porter sites were selected and invited for a top-secret webcast. Going to the fans even before disclosing the news to New York times, made the fans feel privileged. After the webcast, sent out an e-blast to the in-house, opt-in email list of park guests and friends and family. And the news spread like wild fire among 350 million people without any marketing stunts, CEO conference calls and in such a small budget.

Without a doubt, Gordon had the credibility of Harry Potter and Universal to make the campaign go crazy viral and successful and it is not possible in every case to do it with such ease. However, what I intend to share with you through this example is that thinking different, and fresh and creating new rules is the way to go. Gordon could have just spent millions of dollars on tv-ad impressions or news coverage but she chose to accelerate the new product launch using the new media channels. I am sure after reading this story, you won’t underestimate the power of word of mouth!!! Also always be accepting of new ideas and new rules or there is no harm in even creating your own new rules because someone sometime did come up with the rules we follow today. Whether it is our web design vancouverand internet marketing business or your accounting, home renovation, restaurant business, we hope you found a takeaway to apply new rules for your word of mouse! Ciao for now 🙂